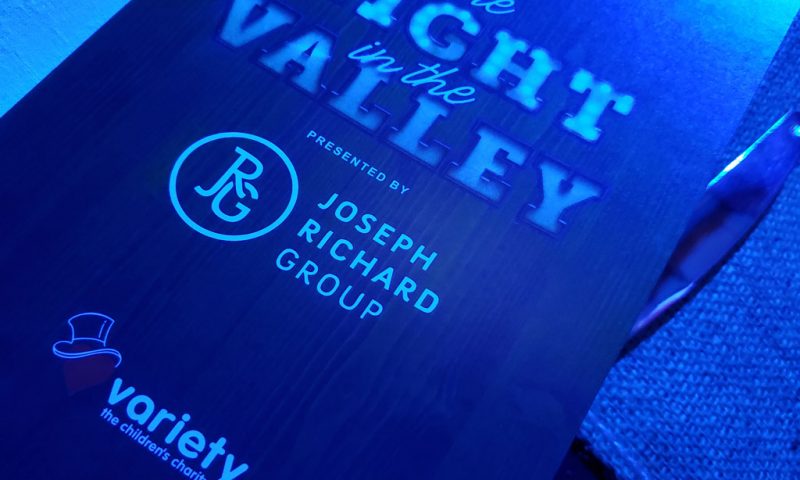 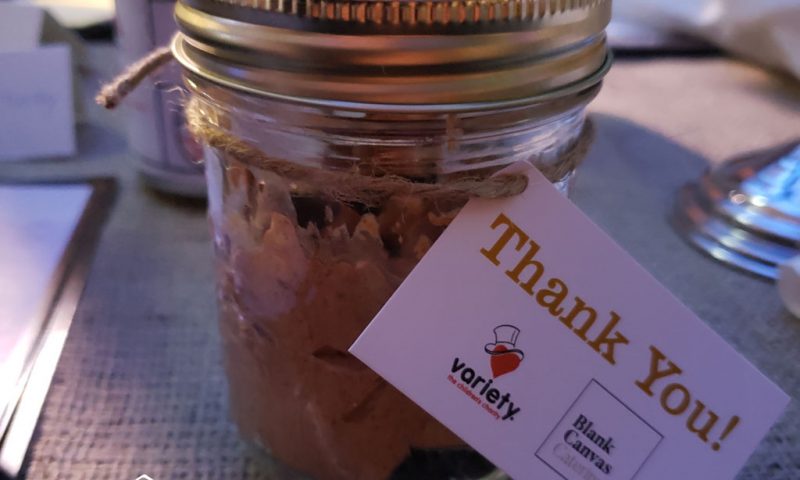 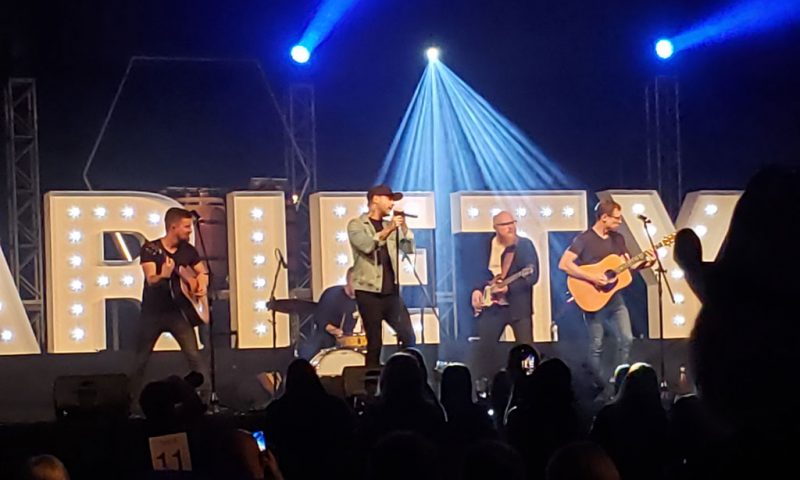 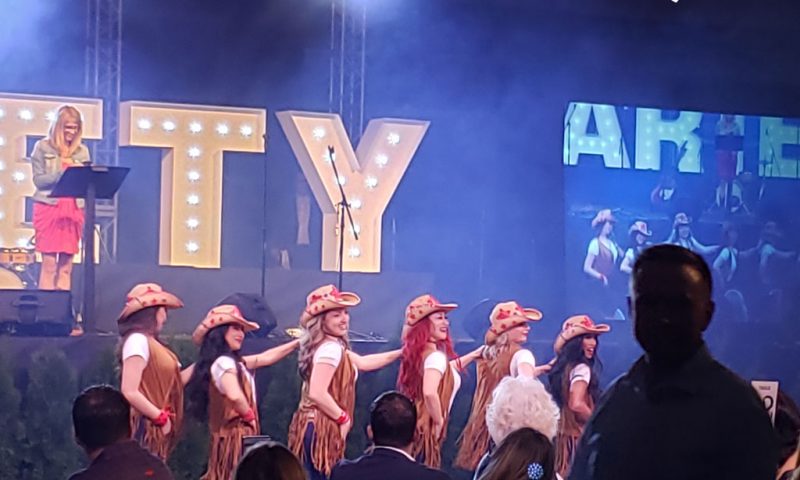 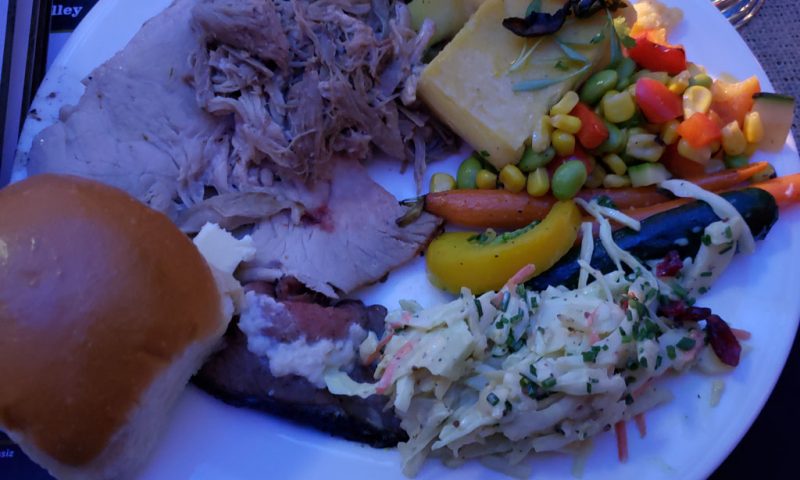 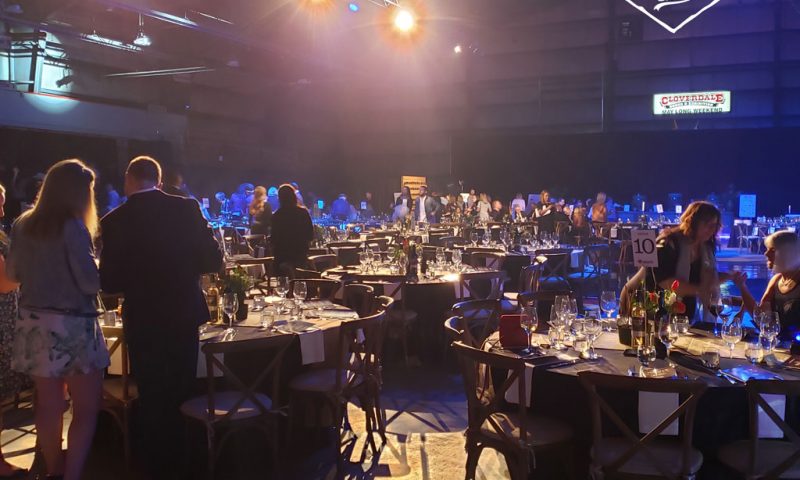 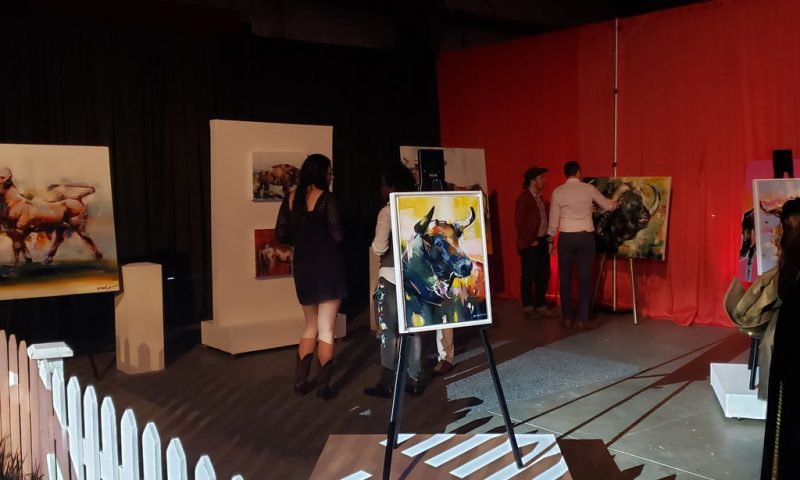 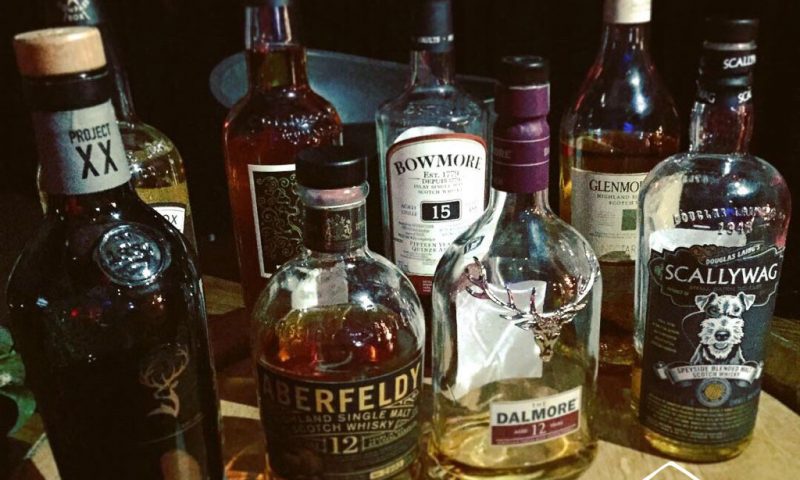 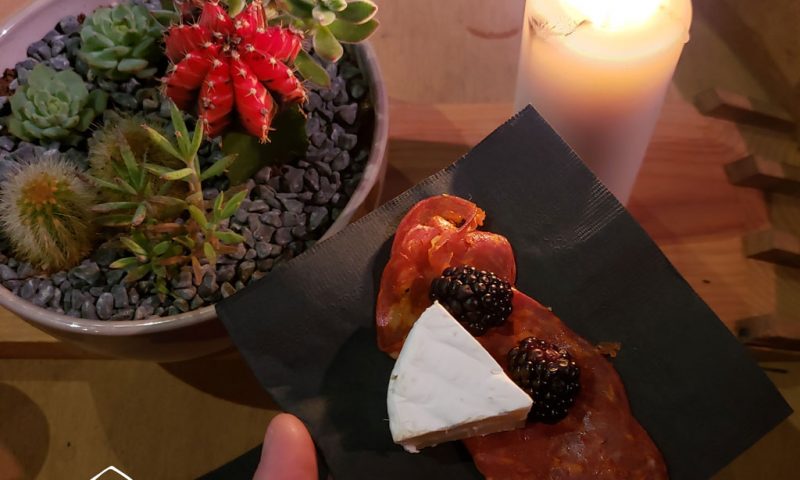 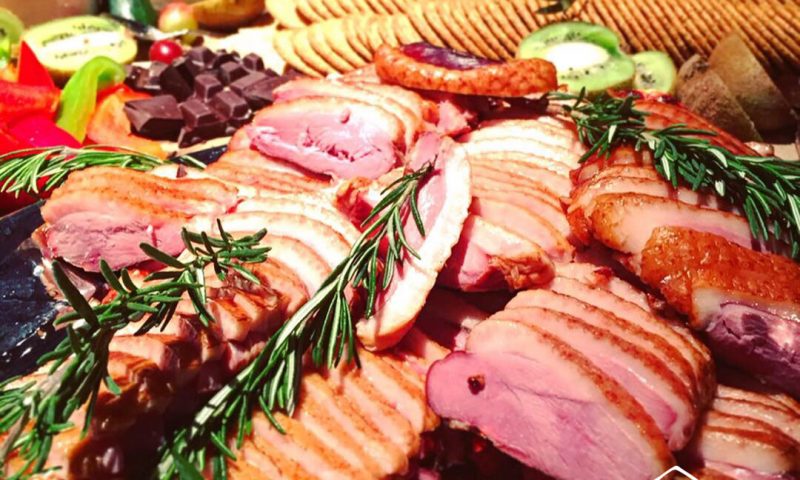 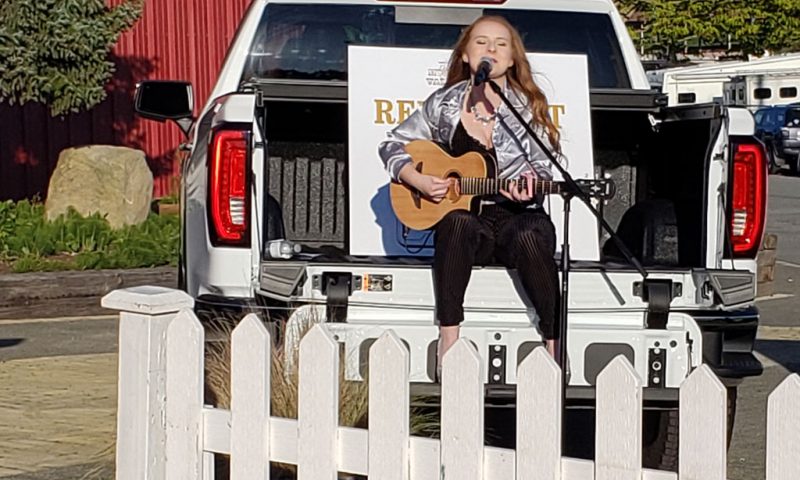 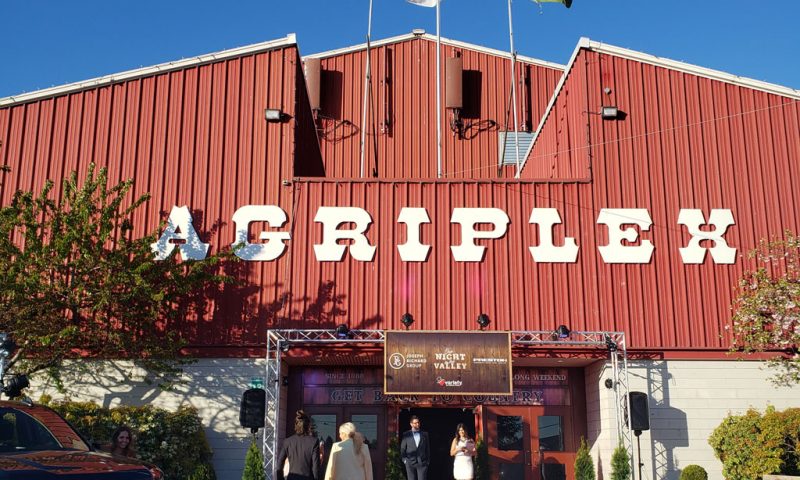 One Night in the Valley Variety Gala

We were overjoyed to win tickets to One Night in the Valley (big shouts out to Anna Mullens for the tix!), a gala fundraiser event for Variety Children’s Charity. Variety is a worthy cause that has been helping children with special needs in BC get these needs met for fifty plus years. One Night in the Valley was being billed as the ultimate country gala, featuring several talented country music performers headlined by Dallas Smith, and a Country BBQ Feast put together by MasterChef Canada winner David Jorge!

Anyone who knows me can attest that there are very few things in life I enjoy more than a good old-fashioned country music hoedown. Sure those things include getting a root canal, watching paint dry, and cleaning the litterbox but I just love me some down-home… ah c’mon who am I kidding here? I’m one of those people who “likes all types of music. Oh! Except country!” Sometimes I even add in an “of course” as if no one else on the planet could possibly listen to that godawful racket. But this night out was to be something special; a good cause, good people, and because you’re reading Surrey Eats, good food! And yes despite my initial misgivings the music ended up being pretty goldarn good too…

When we rolled up to the red carpet at the Cloverdale Agriplex all gussied up in our “upscale country” duds as per the dress code and heard the first twangs of country music coming from the back of one of several pickups dotting the sidelines I knew we were in for some sweet Southern hospitality.

Sweet baby Jesus! Now that’s some sweet Southern hospitality right thurr. We were all over this charcuterie spread like hobos on a ham sammich, snapping pics in between morsels of the finest meats, cheeses, dips, spreads, fruits and veg you could dream of. Oh and a beer or three to wash it all down of course.

After dining at La Charcuterie with the Sandwich Nazi (review coming soon!) I’ll never look at prosciutto the same way again…but I won’t spoil your view or your appetite and will save that story for another article.

The moist duck breast topped with fresh rosemary was a definite highlight among highlights, but then there was the fluffy balls of chevre, the spiced capicola, the savoury tapenade, the cool sweet dragonfruit…we grazed happily while chatting with some of the fine folk who’d come out for the cause.

We didn’t get around to the whiskey tasting bar and its affable bartender until several beers into the evening when we were a bit too far gone to discern the subtle nuances, but here’s a pretty pic of the variety on offer. $20 got you a flight of five, six…? It got you enough whiskey to forget what you ordered, put it that way.

Yup. There was also a portrait of two horses nuzzling entitled The Kiss that–if memory serves–went for an obscene amount of dough-re-mi on auction. There’s no accounting for taste, folks.

At last! It was time to saddle on up to the buffet for a heapin’ helping of grub. I tried to go all Canada-food-guide on it but with three types of meat on offer (box roasted local pork, pulled BBQ chicken, and spit-roasted baron of beef) I couldn’t help but devote half my plate to carnivorous pursuits. It was all G with the exception of the beef, which took way too much effort to chew through. The rest of the BBQ was moist, tender, and juicy, albeit lacking a little in the sauce department but perhaps that was intentional to let the quality of the locally sourced meat shine through.

Finally got to try me some succotash, although this was of the Spring Corn variety and not the more commonly known Suffering style. Corn, lima beans, zucchini, peppers…not much to write home about here. Apart from the potatoes and assorted veggies and pretty decent honey dijon slaw the real winner here was the polenta. I can probably count on one hand the number of times I’ve ordered polenta so I don’t have a wealth of experience to draw from but judging from an impromptu poll of tablemates this one was the real deal. Polenta seems to be all about the texture and this one was so creamy and fluffy it even got a shout-out from our hostess on stage and a raucous round of applause.

After some speeches about Variety and the myriad ways they help out in the community, including a truly heart-warming story from a young mother to an adorable little girl with Down’s Syndrome who is able to give her daughter the extra care and therapy she needs thanks to donations from the public, it was time to shake things up with some line dancing which got the ladies out of their seats and out on the dance floor. Were they doing the bootscootin boogie? The honky tonk badonk-a-donk? Damned if I know but both of those were actual songs played that night. Cornier than a supersize serving of Tennessee Cornpone with a side of spicy salsa if you ask me, but after a muddled mix of beer, wine, and the aforementioned whiskey I was starting to feel some affinity for these hard-workin’, truck drivin’ cowfolk and their toe-tapping tunes.

In fact by the time headliner Dallas Smith took the stage I was yee-hawin and a-hootin’ and a-hollerin’ with the best of them. Might have helped that he’s the ex-singer of Default, the radio-friendly hitmakers of Wasting My Time which is straight earworm status in my books. You could definitely hear the radio-rock roots in his country anthems.

The night was capped with a jar of chocolate mousse that left a pleasantly sweet taste in our mouths to savour all the way back home. Thank YOU, Variety, Blank Canvas Catering, the Joseph Richard Group, Unapologetically Anna, and everyone else for putting on this wonderful event and making a difference in these children’s lives. We hope you’ll be back next year!

Di Reggae Cafe – The Best Caribbean Restaurant in Surrey BC?

The Samosa House – This Ain’t Your Auntie-Ji’s Samosa!